Have you ever wondered:

Recently, Chuck Jaffee interviewed International Speaker, Trainer, Author, and Entrepreneur Said Davlatov for his podcast on MoneyLifeShow.com. Said answers these questions and provides insight into his personal experience of going from homelessness to creating over 50 companies and becoming a multi-millionaire in a country where the average income is less than $500 per month.

Click the image below now to listen to the full interview! 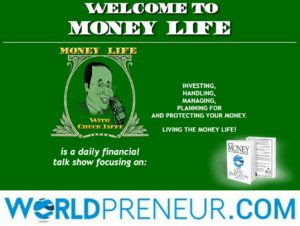 In his groundbreaking book, Me and Money: The Psychology of Wealth, Said explores the relationship between you and money. This is a book that will ignite you to understand the ways you can enhance and grow wealth by changing your mindset.